The Night Of is F***ing Incredible

Stranger Things is cute, Preacher just ended a first season that was surprisingly fun and fantastically acted, Mr. Robot is following up an incredible first season with a pretty slow start to its second, Vice Principals is an experiment that’s going pretty well so far, Power is refreshingly black and disappointingly terrible, and nothing nothing is worse than Roadies except maybe Survivor’s Remorse, but the true king of television right now is The Night Of.  I could’ve told Richard Plepler and the board that the way to get back into the drama business was not to greenlight a Mick Jagger, Marin Scorsese, Terence Winter period drama about the last time out of shape white guys were the coolest people in pop culture.  I would’ve told them maybe you should listen to James Gandolfini—the man whose back you built your network on.  Turns out I would’ve been right.  Unlike Vinyl, The Night Of is an unmitigated success on all fronts and unfortunately it came three years too late for the man himself to see it come to fruition but sometimes that’s just the way it is.

The Night Of is a real testament to the HBO talent mill.  It took two relatively unknown names in Richard Price and Steve Zaillian—who between them their most name recognizable work is writing a few episodes of The Wire and directing All the King’s Men.  But it was pretty obviously after the first episode that Price and Zaillian knew what they were doing.  The hour and half first episode in the series stood out at the time as one of the best produced episodes of television in the last ten years up there with the likes of the “Ozymandias” episode of Breaking Bad or Mad Men’s “The Wheel.”  The Night Of started with a dark and plotting trip through the titular night in Naz’s life where mistake after mistake and unfortunate coincidence lead to the events that take place through the rest of the show.  Zaillian does an expert job of setting the tone throughout the episode, Naz’s trip through the city with Andrea is shrouded from the beginning in foreboding.  The most impressive part about the first half of the episode is how alive New York City feels.  Most shows try and sell New York City as “the other character” but most fail dismally, there are few shows that can do the city justice without treating it with reverie in the vein of shows like Mad Men or Broad City.  But reverie is hardly fitting in a show about how the Big Apple swallows Naz whole and instead Zaillian and Price do an expert job of painting the city as unforgiving and ruthless as they need it to be.  After about 30 minutes it all comes to a head when Naz finally turns on the lights in Andrea’s bed room to discover her body and the show makes its first of many tonal shifts.  Instead of foreboding and unease it shifts drastically to a suspense thriller that comes to a head 50 minutes in during an excruciating two-minute-long scene where Naz is being patted down as Sargent Box describes the knife he has in his pocket leading to one of my favorite shots in the entire show.  Everything in the first scene is pretty great—but it’s not until John Stone is introduced that the show really hits its stride.  John Turturro is in a completely different show from everyone else on screen in this episode.  Braggadocios and self-assured he strides up to the front desk of the police station—the same desk that everyone has been sulking around all episode—grabs the sign in book and asks to see his client.  There isn’t much joy in the first episode to say the least but the brief scenes we get between John Turturro and Riz Ahmed who plays Naz are pure pleasure to watch.

The Night Of’s attention to detail is the most compelling part of the show.  Watching Naz suffer through the indignities of the New York judicial system is nothing short of excruciating but the attention to detail is enough to keep an audience engaged.  Each episode so far has been a new look into a series of small interactions between Naz and the court and jail system.  From the moment where Sgt. Box tells Mrs. Kahn she can’t give her son food in their visitation time to when Naz is about to accept a plea deal and he realizes that he has to say that he killed this girl that we are almost positive he did not in front not only a judge but his family.  The show feels so timely considering it was intended to be released years ago.  It all comes off as this scathing rebuke of the entire judicial system which is emphasized by the fact that the show seems like a rotating cast of faces around Naz and how the system seems to treat him and his family with so little regard.  Some of the most harrowing scenes are when the Khan family is visited by their two separate lawyers both of whom are clearly trying to gouge the family for all the money they can afford and a couple thousand that they don’t have on top of that—both with a smile on their face claiming they want what’s best for their son.

As much praise as Zaillian and Price deserve and as impressive as the level of detail and care they take with the in depth look into the prison-industrial complex the true heroes of this show are the stars.  First and foremost is of course Riz Ahmed who plays Naz; I have sung his praises already but I don’t think enough can be made of this performance.  I myself am not an actor—I tried it once in middle school to a truly impressive level of failure—but I have a great deal of respect for actors who can do so much by doing so little.  My favorite quote about acting is, “Just because they say ‘Action’ doesn’t mean you have to do anything.”  It has always been attributed to Marlon Brando but I can’t find any evidence he ever actually said it, but that’s not really important, no matter who said it, it still rings so true in this Riz Ahmed’s performance.  He has become such a draw on screen working so expertly off of his charismatic scene partners be it John Turturro, Michael K. Williams, or Bill Camp just to name a few stand outs.  But the truth is these are really just a few, the cast has no weak links, which in 2016 is a rarity.  It has become a product of the abundance of good TV that good actors get spread out but somehow this show managed to land a cast of very talented actors from top to bottom.  Turturro, Williams, and Camp’s performances have been praised ad nauseam and as I’ve said they are fantastic but I think that’s all I need to say about them.  The performances of the secondary and tertiary actors are just as important to the show if not more so.  The performances of Peyman Moaadi and Poorna Jagannathan in particular have been mesmerizing; in total Naz’s parents have probably had about 15 minutes total of screen time but they’ve been so impressive.  I’ve never seen Moaadi in anything—Seperation is on my queue but I haven’t gotten to it—if you’re familiar with his work more power to you because his performance as Mr. Kahn has been almost unmatched on this show.  The moment in the first episode where he walks outside to discover his missing cab and his look of anguish and surprise is just heart wrenching.

The most exciting thing about The Night Of is not how fantastic it has been—which is very—but where it is still to go.  The show is a well of potential.  Presumably a large part of it will be a whodunit, because as Naz pretty clearly didn’t murder her we have to find out who did.  There is also the fallout of Naz’s family, his father’s cab, the stuff that has gone down with his brother.  Not to mention John Stone’s story, over the last few episodes it has developed into something interesting, not just about eczema.  The Night Of is grilled cheese—it’s simple, just two pieces of bread and some cheese, but when done right it can be truly amazing.  The Night Of is very simple, on its surface it’s little more than Law and Order was at its peak, it’s a procedural, a courtroom drama, a jailhouse story.  The only difference is its been done to near perfection and we’re much better off for it.  Because this is the future of television, miniseries, limited run programs, we’re inching closer and closer to the british TV structure and its working out well for everyone.  Except NBC, CBS, Fox, ABC, and CW,  but hey, maybe they’ll catch on before it’s really too late for them. 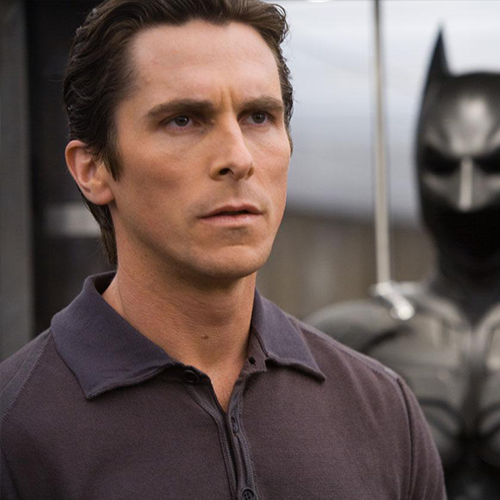