It’s Thursday, which is a perfect time to bring you some hot shit from waaaaay back in the day before any of us can even remember, much like a throwback.  Times like the early aughts or late 90s, maybe even as far back as the 80s.  You all don’t listen to enough good music so I will give you a list of the ten greatest hip-hop albums of all time. 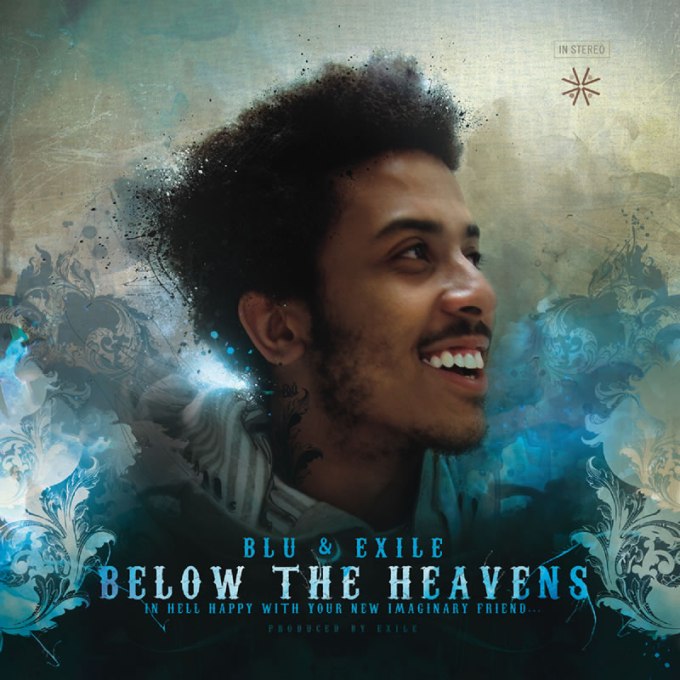 Below the Heavens, the freshmen release by LA native Blu, is bound to make many people upset–because this album was released in 2007 and Blu is not dead.  Well to you all, I say shut up.

Never before and not yet since has there been such a perfect blending of lyricism and production than on Below the Heavens (full title, Below the Heavens: In Hell Happy with your New Imaginary Friend…).  Much like many geniuses that release they’re best work first Blu has not yet been able to reproduce the nearly unmatched quality that was this album but as they say: you have a lifetime to release your first album and 18 months for your second.  That is not to say that Blu is still not one of the best West Coast rappers out, because he is, and you should give his whole catalog a listen especially Below the Heavens. 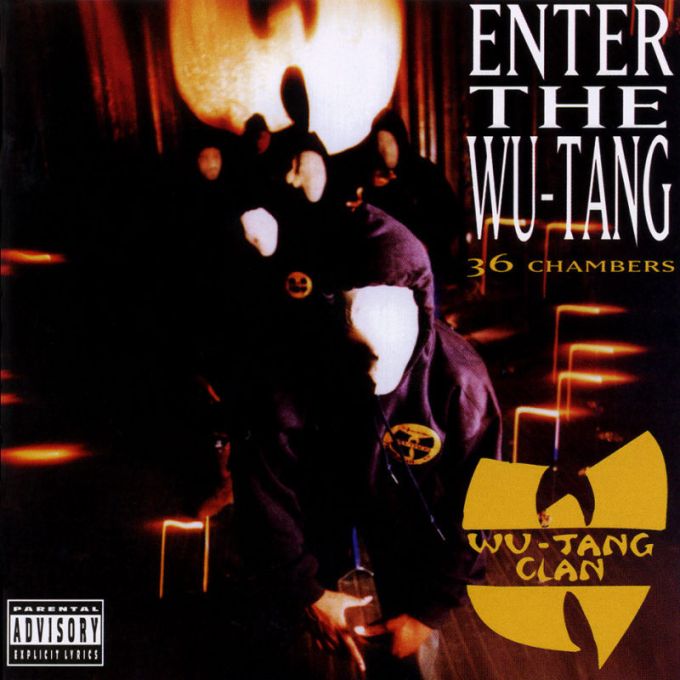 Enter the Wu-Tang is the only reason we talk about Wu-Tang today–not because they aren’t one of, if not the best, rap group of all time. No, in fact, in the early 90’s Dr. Dre, Ice Cube, and Snoop Dogg were trying their damnedest to murder east coast hip-hop forever and they were doing a pretty good job of it.  But Wu-Tang’s rookie release made people remember what they loved so much about the hard hitting instrumentals and the punchy lyricism and aggressive flow of the New York MC’s.

Wu-Tang Clan is unmatched in shear quality crammed into one place.  Lead by unparalleled acts like: Ghostface Killa, Method Man, Reakwon, and Ol’ Dirty Bastard over the production of the mastermind RZA it’s no wonder Wu-Tang is where they are in rap history. 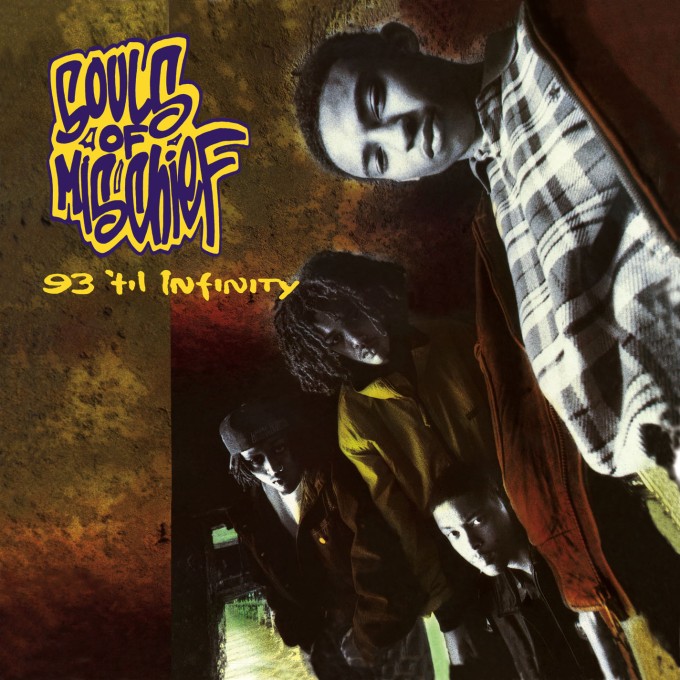 If there is one thing you should take away from 93′ Til Infinity it is that A-Plus, Opio, Phesto D and Tajai know way more about music than you ever will.  On “What a Way to Got Out” alone they sampled “Feeling You Feeling Me”, “North Carolina”, “Pass the Peas”, and the EPMD classic, “I’m Housin'”.  If you are one of the many that have forgotten about this kids give them a listen.  93 ’til Infinity is still my favorite West Coast album of all time (not to say there won’t be a few more on this list). 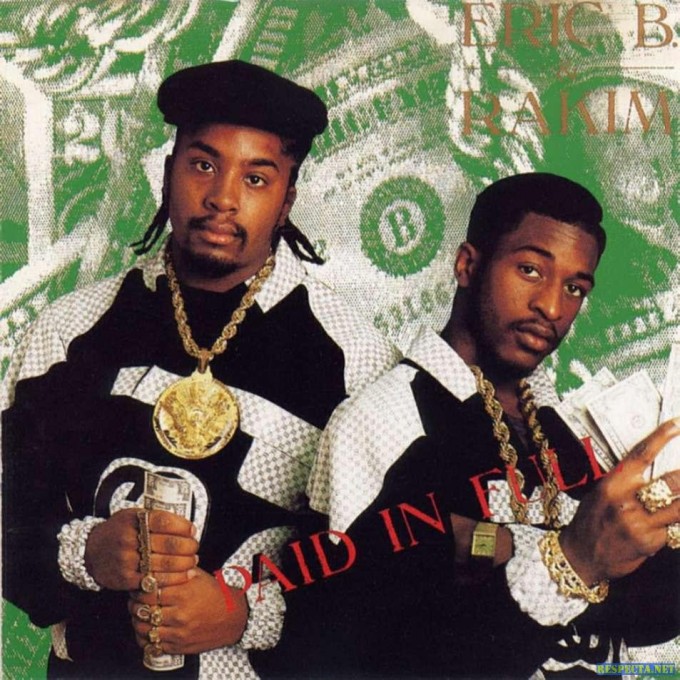 Eric B. and Rakim, if you don’t love these two you don’t love hip-hop.  I mean besides Run-DMC this is the most significant group in east coast hip-hop and arguably all of hip-hop.  DJ Eric B is the epitome of hip-hop DJ’s in the named alongside the likes of Grandmaster Flash and Jazzy Jeff.  Eric B. and Rakim’s laid back flow and quick wit made for a destructive team.

I’m thinking of a master plan, cuz ain’t nothin but sweat inside my hand.

So I dig deeper but still comin’ up with lint.

While Eric B. and Rakim’s influence on music is undeniable it is they’re cultural significance that carries the most weight.  The 80’s were definied by the big gold chains and baggy clothes, it has partially to do with the reversal of slave culture and the value placed upon the representation of wealth rather than actual wealth in the African American community, but it also has a lot to do with these two.  Paid in Full, of which the title track is still the greatest rap song of all time (besides possibly “The Message”) is a permanent fixture of par lore.  And it just gets better from there.

I ain’t no joke, I used to let the mic smoke
Now I slam it when I’m done and make sure it’s broke
When I’m gone no one gets on cuz I won’t let
Nobody press up and mess up the scene I set 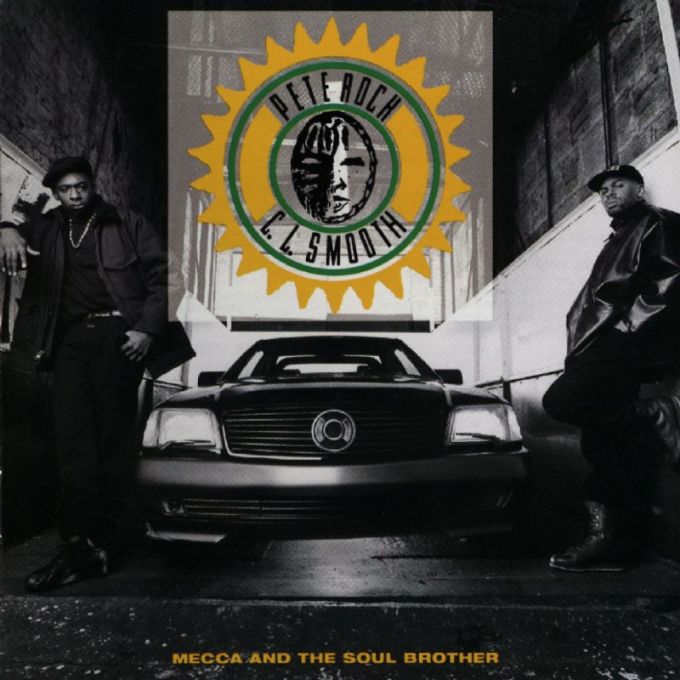 I honestly don’t have any idea what to say about these two.  I mean unlike most rap groups there isn’t a producer and a rapper there are two rappers and two producers; two of the best in each category in fact.  Everyone has heard “They Reminisce Over You” and for very good reason.  These two are destructive on the track and because of that they manage to produce one of the best albums in the history of music, not just hip-hop.  It is clear on just the first listen that Pete Rock knows more about writing music than the average orchestrator.

I reminisce for a spell, or shall I say think back.
22 years ago to keep it on track.

Pete Rock & C.L. Smooth have perfected the mix between east coast lyricism and the jazz and funk influenced nature of west coast hip-hop production on Mecca and Soul Brother and the fact that Pete Rock is still one of the most respected producers in hip-hop today, over 20 years later, should tell you a lot about how amazing this album is. 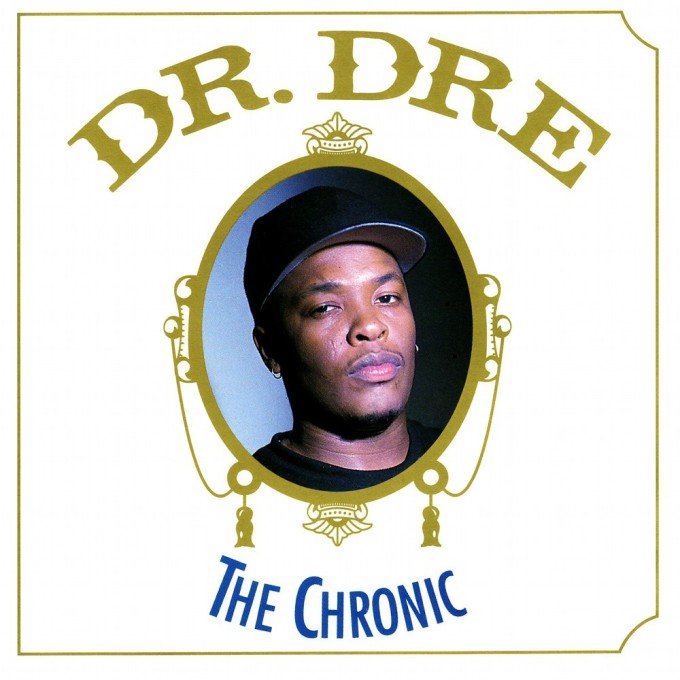 No best of album is ever complete without The Chronic.  The Chronic is by far the most influential rap album to ever be released.  If you like G-funk than you can thank Andre Romelle Young; Ph.D. for it.  G-Funk arguably would not have existed without the production genius that is Dr. Dre.  The Chronic combines the gritty, hyper-masculine style rap we grew to love with NWA with a P-Funk influenced slow grounded production style that would be the headlining style of the west coast for the next decade.

Sure, Dre’s strong suit is not subtlety but that track though… damn.

Dr. Dre gives almost as little fucks as I do.  Which may be why I am so drawn to the Chronic, with tracks like “Bitches Ain’t Shit” and “The Day the Niggaz Took Over” it’s no wonder uneducated white people with the critical literary examination skills of kindergarteners are afraid of black people.  Eric B. & Rakim brought the gangster image to hip-hop Dr. Dre brought the gangster violence. And what drug use is to rock n roll violence is to hip-hop.  As much as I love Will Smith (which is like–a bit), formerly Big Willie, formerly, Fresh Prince and think he is a undeniable part of hip-hop history he will never make a top anything list of mine, because it’s all about standing the test of time.  If I gave a shit about how happy it was in the summer or gettin jiggy wit’ you I’d certainly be more inclined to call Will Smith top five material.  But Dr. Dre understands much better what goes on in the heads’ of his audience which will certainly be made more clear on August 14th. 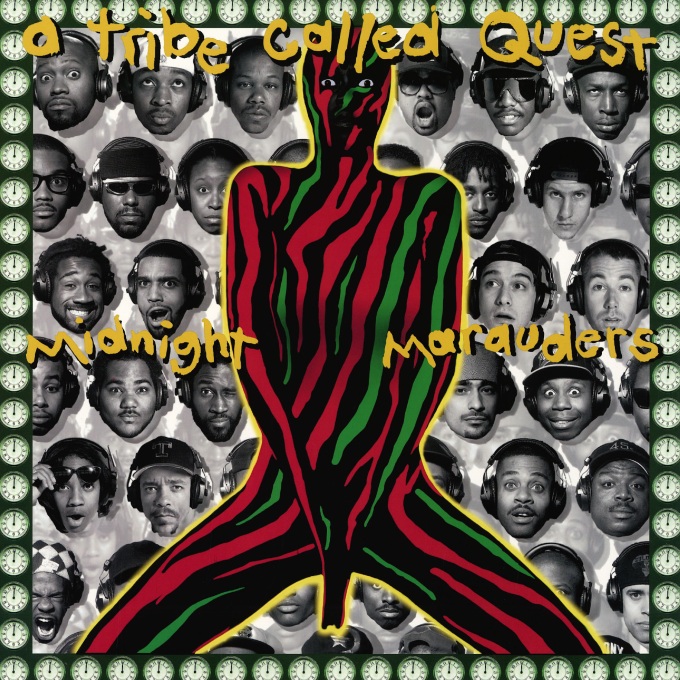 A Tribe Called Quest.  A Tribe Called mother fucking Quest.  There is something special about the New York MCs.  People have spent the better part of two decades trying to replicate the magic of this group.  I’ll tell you right now, unless Q-Tip calls up Phife there is little chance of that ever happening.  The musical ingenuity that these four guys brought to hip-hop is unparalleled.

It should be noted that the only evidence of this groups superiority is that they are inches away from having two albums on this list.  It is a serious discussion of whether their debut album, People’s Instinctive Travels and the Paths of Rhythm, deserves a place on this list as well.  But the truth is that Q-tip matured as an artist over the two album releases and is doing things musically on this LP that have never been matched. 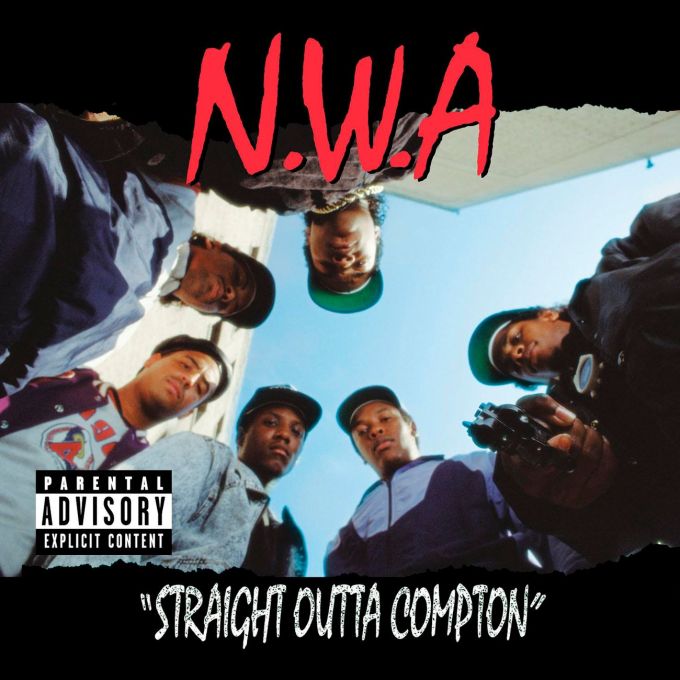 While Wu-Tang was unparalleled with it’s sheer mass of star power and talent packed into one group.  NWA had Dr. Dre and Ice Cube: the best rapper and the best producer hip-hop has ever seen and while neither were at their best on Straight Outta Compton they were together; which pretty much never happened again.  I mean yes Niggaz4Life came out but by that time NWA was on a decline as a group because of…. let’s call it… creative differences.  There is not much to be said about the Compton rap collective except for that these niggas were some fucked up individuals, I mean, genius, but fucked the hell up.

There was something unbridled about them and they were an answer to a question.  In a time that was worse for black people than it had been in a long time NWA was the group of the people–not white people of course, but hey.  I could really do with an NWA now, but Killer Mike is a decent substitute.

2. It Takes A Nation Of Millions To Hold Us Back- Public Enemy 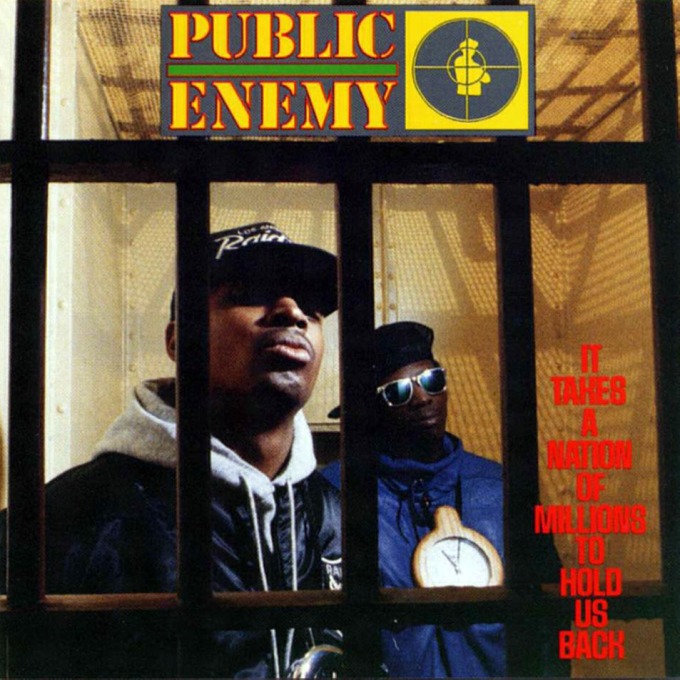 Another group of angry black men who, to keep from killing turn to MCing in a nation that will still call you a killer regardless of what you may do.  And from that anger can sheer genius.  Chuck D is one of the single most intelligent people to ever find himself behind the mic.  Collectively It Takes a Nation of Millions to Hold Us Back is one of the best pseudo-conceptual albums ever released.  The cohesion of the album makes listening to the whole 58 minute runtime a treat on every listen.

While Flavor Flav has really fucked this groups image in the bast decade I still have unceasing respect for these pioneers. 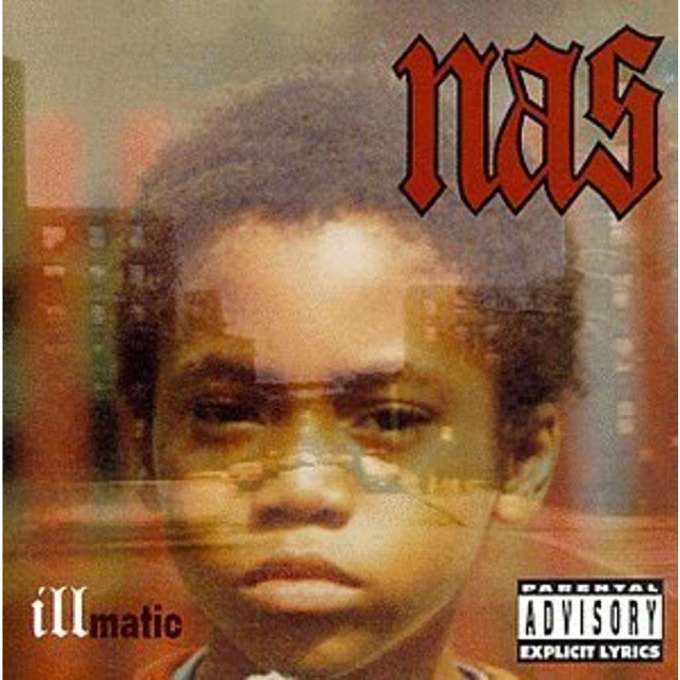 Could it really have been anything else?  Well yes, the undisputable greatness of this LP is blown slightly out of proportion.  But here is the fact of the matter: Illmatic changed hip-hop forever, it made Nas a legend, and it defined the hip-hop LP for the next twenty years.

I never sleep, cause sleep is the cousin of death.

Illmatic succeeds on the back of what end up being ten perfect hip-hop tracks.  The LP is the story of hip-hop, the black boy lost in the unforgiving city and there is something particularly endearing about the restraint it took and the care that is evident in each moment of the LP.  Nas may have arguably fallen off as an MC since it’s release but on Illmatic he is in unmatched form, with some of the most cleverly constructed verses in the history of rap.

I switched my motto, instead of saying f-ck tomorrow
That buck that bought a bottle could’ve struck the lotto 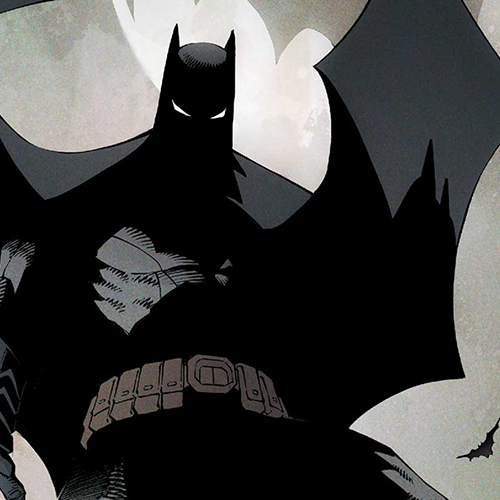