Tonight is the night.  The 2015 Oscars have arrived and unlike any other award show they actually matter—my apologies Emmy voting board.  Unlike the Grammys, the Oscars may not represent that actual “best of” but they are not laughably misinformed on the topic.  Unlike the Tony’s you don’t have to live in NYC to actually see the nominees.  But unlike the Oscars, I’m not actually friends with any of the nominees so my unbiased opinion remains just that—an unbiased opinion.

Over the last few months I have watched every film nominated for every category except animated feature film, any short films (because they are essentially impossible to get a hold of), and documentary and foreign language films.

Will Win: The movie/actor that is most likely to win the actual award

Upset: The second most likely movie/actor to take the award Oscar night

Should Win: The nominee that is actually best in its category (because we all know… I know all)

Snubbed: The movies/actors that were better than at least one of the nominees

By no means are any of these movies perfect.  Even the best of them struggles, some with hamfisted directors, and some with disserves to their female leads.  There have been many complaints about the films struggling with factual accuracies pointed most damningly to The Imitation Game, Selma, and American Sniper.  Some of the films have lackluster performances from key players and even more have distracting performances from second string characters.  All that being said these are the films that should have been nominated for the most part.  Some of these movies were truly breathtaking.

American Sniper is a character piece with none of the heart, trapped inside a war movie with none of the tension, which is actually two separate boogeyman stories with all the one-dimensional characters that usually come with it.  It’s only real charm comes from a stellar performance Bradley Cooper.  The film is basically just an American propaganda film with flat characters on both sides and if you don’t have the ra-ra-American spirit there is little in it for you.  Clint Eastwood continues his streak of directing films that would have been better suited for a 1950s America.  Not only is it one dimensional the pacing is hectic and the editing is a joke.  Cooper deserves a medal for carrying this movie as far out of mediocrity that he did.

I’ve never been impressed with Alejandro Iñárritu’s particular form of heavy handed filmmaking.  But Birdman is a different beast entirely from Babel or 21 Grams.  Birdman is daring and funny and brilliant.  It was thirty minutes into the film when the long shot started to stress me out, you never realize how grounding the scene cut really can be until it’s just not there.  Iñárritu insists on drawing the audience into Riggan’s head which is why the whole film is staged as though it is happening in the theater.  Keaton is spectacular but it’s the supporting cast that steals the show.  The story is complex and enthralling just like the characters, few films in recent years have been able to do so many things so well.

You can’t make a shitty movie over twelve years and try and convince me it’s good.  That’s not allowed.  It just means you took a really long time to time to make an awful movie.  It’s no one’s fault I suppose that the boy that was casted at five turned out to be a bad actor but the fact still remains that the main character was bad on screen—really bad in fact.  It’s a movie about nothing that is simply a worse version of the coming of age story that we’ve gotten a thousand times before.  Intimate Boyhood certainly was, ambitious—yes, well-done—not at all.

If you’re a fan, you’re familiar with my thoughts on The Imitation Game.  If you’re not: shameless plug.

This is what a war movie should be, take notes Eastwood and Jolie.  The Imitation Game is tense and suspenseful.  The film does an incredible job of representing stakes even though we never set foot on the battlefield.  Cumberbatch is captivating on camera and his chemistry with Kiera Knightly is one of the most impressive aspect of the film.  The writing is well crafted and punchy and tells the story of the most interesting man in history—which is certainly not a detriment to it.  But like any biopic the burden of its success rests on the shoulders of Benedict Cumberbatch who does an incredible job as Alan Turing.

The biggest story of the 2015 Oscars—for better or worse—Selma, is the story of the Civil Rights Movement’s fight for fair voting laws in Alabama.  The movement lead by Martin Luther King Jr., who is played by the wholly underappreciated David Oyelowo.  The film is admittedly something you’ve seen a million times before but just like the romantic comedy or superhero film you continue to see it because when done right it is infallible.  And despite what the Oscar committee might believe Ava DuVernay has done this film well.  The personal story of a man who seems more than a man is a hard thing to accomplish.  While a difficult task she and the actors pull it off without a hitch.

The Theory of Everything

The story of Stephen and Jane Hawking is one that I’m surprised took so long to make.  On the backs of captivating performances by Eddie Redmayne and Felicity Jones the film plays surprisingly well for the first half of the film.  It is when we reach the third act when the film falls off.  Getting steeped in its own sentimentality the narrative becomes stagnant and draws to a halt.  The Hawkings’ story is a challenging one and it is hard to blame James Marsh for the short comings in the film.  All together the film is impressive, well directed and paced impressively not to mention the stellar performances from its leading and supporting casts. 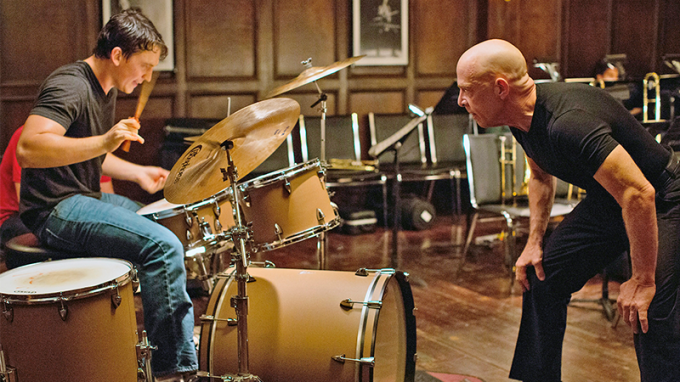 Now I can say, “I told you so” to all those people who laughed at me when I said Miles Teller was a great actor.  Despite picking some truly loathsome films he’s always been charming and capable of stealing the screen from anyone.  Whiplash is the first time in his career that he really got to flex his acting muscles.  Whiplash is a story of human limits, drive, and the price of talent and behind the impressive direction and writing of Damien Chazelle it is one of the most pleasant surprises of the year.  Whiplash fell in a hard year, in any other year it might have a real chance to upset the best picture race on the back of Teller and Simmons’ fantastic performances and impressive cinematography.

I have never been more proud of the Academy they managed not to fall for the gimmick that all the critics went belly gaga for, and for the first time in a few Oscars actually gave the best picture to the best picture.

Snubbed: Guardians of the Galaxy, Edge of Tomrorow

All the classics in showing here: mentally disabled, character piece, a little crazy, war hero, villain.  No huge stand out among the pack but Redmayne made Theory of Everything better than it ever should have been.

I was sure they would give Cooper the award, but as was pointed out on the B.S. Report’s Oscar preview it’s probably in his best interest not to have won the Oscar.

Everyone is just penciling in Moore this year despite the fact that there were actors who did far more with much less cloying material.  Felicity Jones was incredible but was handicapped by her character and Reese Witherspoon was way better than I ever thought the girl from Legally Blonde ever could have been.  But there really isn’t much competition here, Cotillard had the best performance hands down.

Should Win: Marion Cotillard And it’s honestly not even close.

(Update) Won: I’m not surprised.  It’s the “career achievement” award.  But not so far as I can remember has someone ever been nominated–much less won–a best actor award for such a bad movie before.

This was the year of big chances.  Linklater has been praised for shooting a coming of age story over twelve years but despite that the true champion in this category is Iñárritu’s Birdman he gets the more out of his small setting and star-studded cast than any filmmaker this year.  Wes Anderson does, what Anderson does best and in any other year I would have been all gung ho for him to get the award.

Just so damn proud of the Academy, in case you haven’t realized yet, I despised Boyhood. 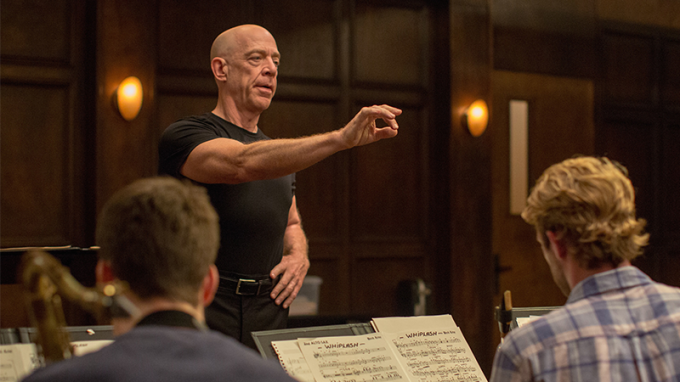 Best performance, gets award, that’s kinda how it should be. 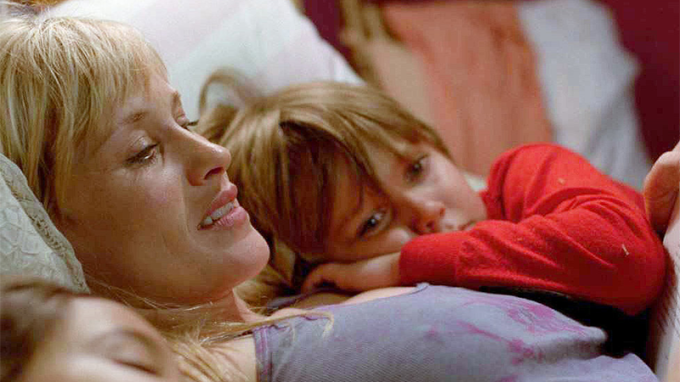 Would I have liked to see Emma Stone win?  Yes, of course.  Did Patricia Arquette deliver a better performance–he admits begrudgingly.

Upset: Not gonna happen my friend

Emmanuel Lubezki rightfully won for Birdman.  But there really wasn’t a chance anyone else was going to win.

Snubbed: Edge of Tomorrow, Guardians of the Galaxy

I really should have given the Oscar committee more credit.  They’re really just not the boys from the Grammy’s when it comes down to it.

Should Win: The Imitation Game

Maybe I have a vote for the Oscars and I don’t even know it.  They clearly waited for my post to come out to make all their decisions.

Snubbed: Guardians of the Galaxy 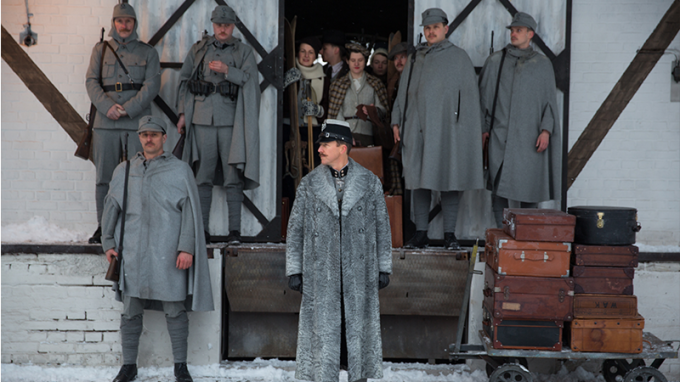 Upset: Into the Woods

I would have thought the academy just felt really bad for Unbroken and would give Jolie everything they could.  I was wrong, apparently Wes Anderson is far scarier.

Will Win: The Grand Budapest Hotel

At the end of the day Whiplash was basically a sports movies, and sports movies always win film editing–it’s rule or something.

Snubbed: The Hobbit: The Battle of the Five Armies

Will Win: Guardians of the Galaxy

Should Win: Guardians of the Galaxy

So just like… fuck Marvel movies in general this year? No love for one of the best movies of the year just because it made money took less than 12 years to make and didn’t star a gay war hero suffering from a debilitating disease destroying him physically and mentally while he fights for civil and social freedom while being haunted by the demons of his past?  That hardly seems fair.

Snubbed: X-Men Days of Future Past

It’s always easy to forget the Academy is not the critics and that they weren’t the ones blowing smoke up Interstellar’s asshole.

Upset: The Hobbit: The Battle of the Five Armies

Should Win: The Hobbit: The Battle of the Five Armies

Really? This is the consolation prize?  Fine.  Although just between you and me Oscar committee, we both know The Hobbit took this category by a mile right?  I mean the opening scene alone.

Those brutal practice scenes would have been nothing without their editing or their sound mixing and that is a fact so rarely acknowledged.

(Update) Won: I cannot honestly say this is a category that means much of anything to me.  But Desplat did a fantastic job with The Grand Budapest Hotel.

Will Win: I’m Not Gonna Miss You

Should Win: I’m Not Gonna Miss You

This one always just goes to the better story.  I thought Glen Campbell had John Legend and Common beat out narrative-wise.  But seeing all those tears when they announced it clearly I was wrong. 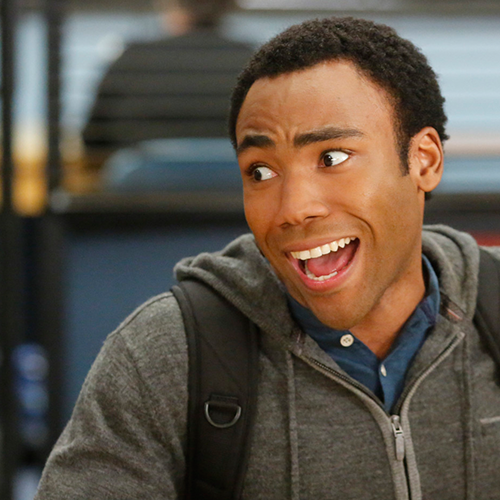