Game of Thrones April Absurdity Tournament: Round One

Just a Reminder of the Rules:

All characters will be at “best form” throughout the three seasons (e.g.: Jaime with both hands).

Also all characters will get any equipment or animals they need to be in “best form” meaning Robb and Jon get their wolves and Khal gets his horse, also Barristan and others have their armor.

Every match up is best of 100, to the death.  They meet on a plain old arena, think Final Destination. 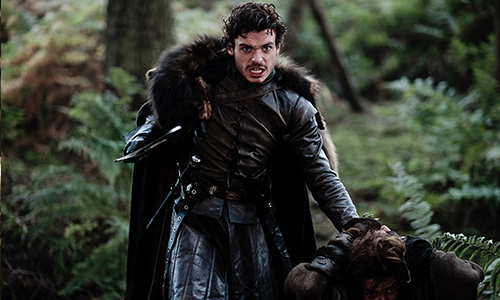 Why: Robb may not be the master of combat that the Second Son’s second in command is.  But the fact is Robb swings a big sword and swings it well, unfortunately for him he fights with honor.  But Grey Winds is basically a man killing machine.  So sorry Prendahl but even the few times you might make quick work or Grey Wind Robb is smart enough to take advantage of the distraction.

Why: Qotho is a high level Dothraki and Davos Seaworth is an old smuggler with a fucked up hand.  Case closed.

Why: Jorah proved he could kill him a Dotraki or two if necessary.  Let’s be clear, not because Mormont is at all a badass.  He’s just got some purrty purrty plate armor.  This would be a weird fight mostly because it seems like Rakharo is the only Dothraki that really likes the weird white guy who showed up out of nowhere.

Thoros of Myr vs. Rickard Karstark 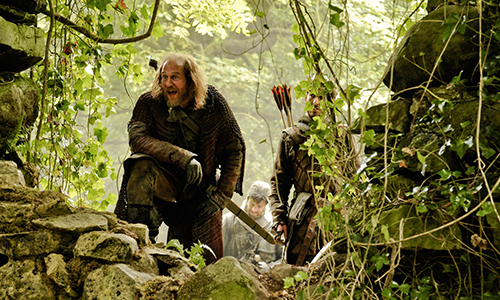 Why: Old guy fight!  Thoros is still in the thick of it and this is the first match up that we had a little bit of an argument about.  This was more of a gut feeling than anything else.  Plus he’s got the Red God on his side so, ya know, there’s that.

Why: There are few characters more beloved than Renly and more loathed than Janos Slynt so it’s good to see the favorite of the Baratheon brothers put steal to the traitorous gold cloak. 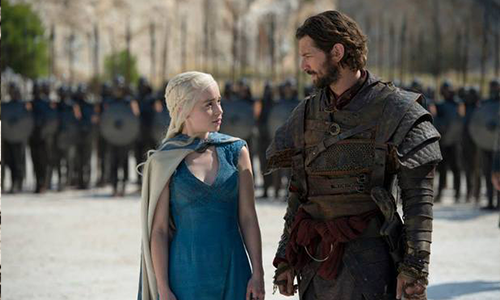 Why: Yoren may be a brother of the night’s watch but there is no way he could be a match for Daario. 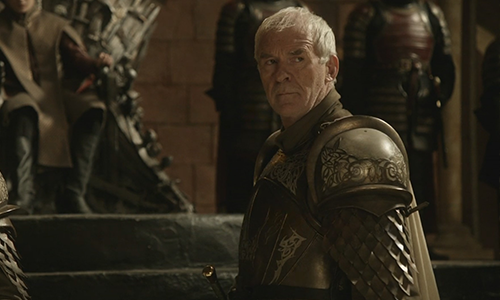 Why: Sure, Meryn is more of a dick than Selmy, and younger too.  But in this case the student never surpassed the master.  Truer words were never spoken when he assured his gold cloaks he could cut through them like butter.

Why: Another smuggler meets their death at the hands of a stupider man with a bigger sword. 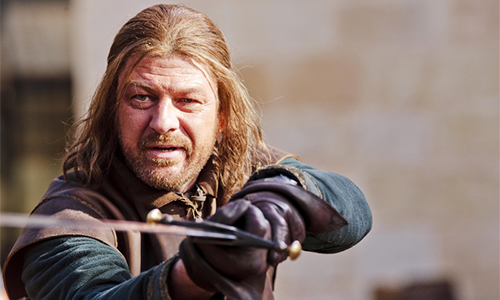 Why: If even half the things Tormund Giantsbane says are true than Ned would be in for a real beating.  It’s a good thing that likely none of what he says are at all true.  Giantsbane, like all the wildings, are really only dangerous en masse.  Untrained and unarmored, with less than makeshift weaponry Giantsbane may be no slouch at combat but Ned Stark was a legendary fighter, and with both of his legs there are few in the seven kingdoms that could beat him.

Why: Old man battle 2.0.  Rodrick seems to have his shit together a little more.  But just a little.

Why: Greyjoy is really only good from range and the real problem here is that Snow and Ghost are too quick for him.  Maybe one out of four times he’ll get a lucky draw but that’s about it.

Why: Berric may be beat to shit.  But he got beat to shit fighting men, not prostitutes.  So the edge has to go to him for sure.

Why: There aren’t anymatch ups in the first round more lopsided and satisfying as this one.  They may both be pretty boys but one of them kicks all the ass. 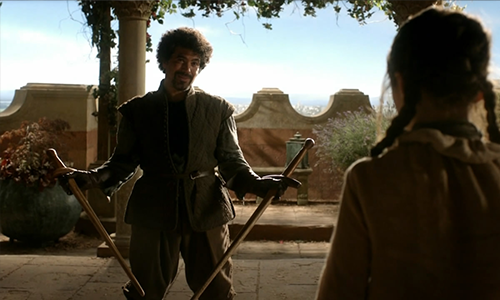 Why: A for effort you bastard.  But the truth is Syrio Forell would make quick work of the blacksmith. 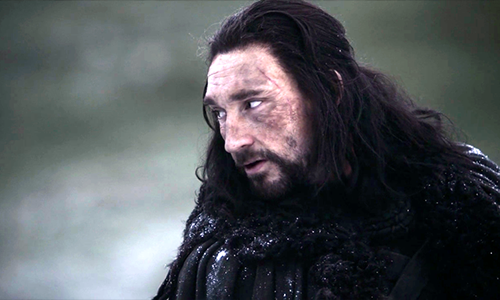 Why: Benjen Stark may not be Eddard and he may not be Robb but he is a brother of the night’s watch, and a ranger at that.  Brynden Tully may seem to ooze competence next to his worthless nephew but there is one thing

Why: Because I said so!  Anguy, my vote for black horse in this bracket, is as dirty with the bow as Bolton is with his soul.  Bolton might be able to close the gap on Anguy sometimes but a close win is still a win in my books. 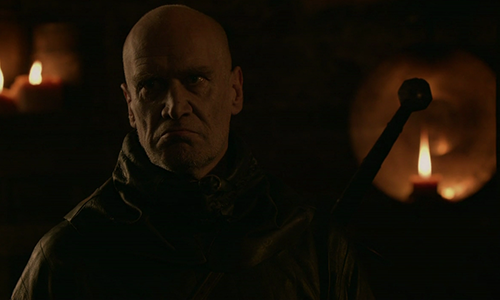 Why: Mirri Maz Duur may be a black hearted witch from the dessert lands of esos but there’s not much she can do against Ilyn Payne unless she gets lucky.  Or you know help of the devil or some shit.

Why: If Hodor had an inch of intelligence or an ounce of anger in his body Halfhand wouldn’t stand much of a chance.  But the fact is Halfhand is pretty good at killing wildlings and Hodor is pretty bad at defending his gigantic body.

Jaqen H’ghar vs. Brienne of Tarth

Why: This one hurt my soul down deep.  But I mean Brienne is strong as fuck, and as skilled as they come.  Jaqen H’ghar may be capable of tons of things we have no idea about but the fact is, we have no idea.  As it goes in a straight up fight, Brienne has the clear advantage. 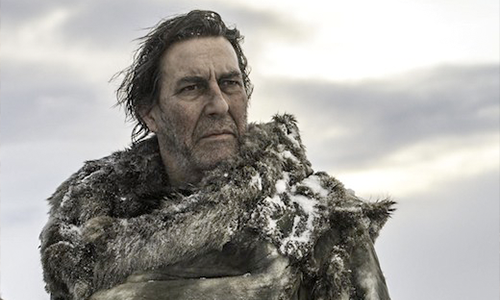 Why: Mance is bigger, stronger, more ruthless, more experienced, and more accustomed to killing that the Reed girl.

Why: Dagmer Cleftjaw is with Theon so it’s clear that he has is not the best that the iron islands has to offer.  And Grey Worm is the best of the Unsullied.  The match up isn’t entirely one-sided but it’s also not not one-sided. 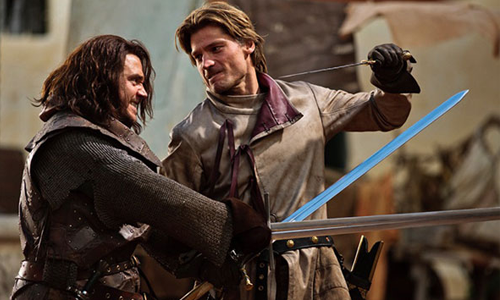 Why: One is incompetence incarnate and the other has the reputation of being the greatest fighter in all of Westeros. 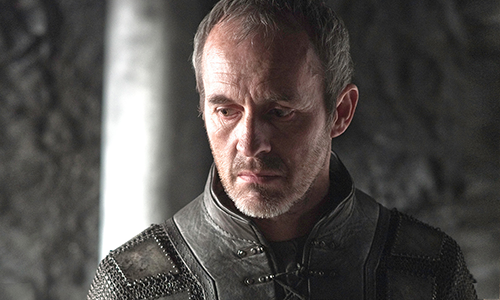 Why: Probably all that incest and infanticide has tired out Craster over the years.  He talked a big game but died really quick when it came down to it.  While Stannis isn’t the legendary fighter either of his brothers were I have no doubt brooding anger will win out over lethargy in this case. 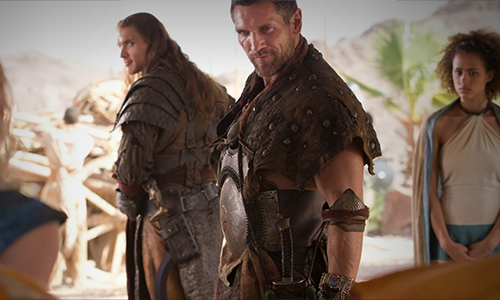 Why: T’were this a contest of awesome Arya would be a shoo-in, unfortunately for Arya it isn’t.  And she just isn’t good enough yet to take down one of the commanders of the Second Son’s.  Plus, no Nymeria. 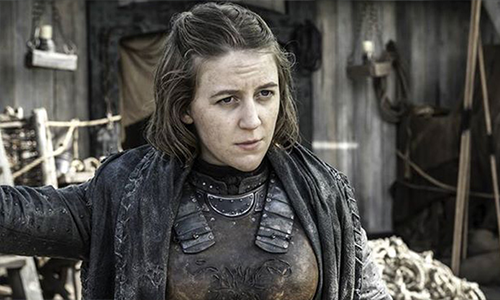 Why: I think this may be the official first upset of the tournament.  Robert was the bee’s knees when it came to dismembering and beheading his enemies.  But “was” was a very long time ago.  Unfortunately for Robert Yara is no slouch with the axe either.

Why: Barring a great moment of luck, or Tywin’s ability to jedi mind trick The Mountain into killing himself this is a pretty assured oucome.

Why: They are both pretty crafty but the fact is, Eddison still fights with too much honor for his own good.  And he’s not nearly as good as his teacher, Jon Snow.

Why: Actually getting to watch my favorite character kill one of my least favorite (he might be second to last behind that fuckhead Stannis Baratheon) would be so satisfying.  Alas I doubt it shall ever happen, but this is good enough for me right now. 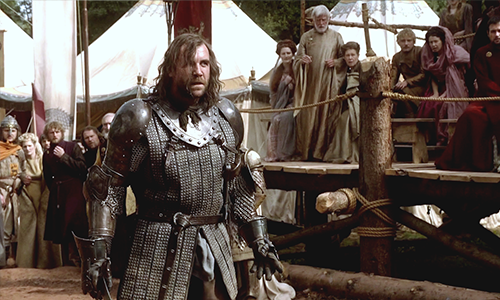 Why: It is true that Kovarro is far more live than the heavily armored Sandor.  But as we have seen, the Dothraki’s kryptonite is armor and big swords.  Both of which The Hound has in spades. 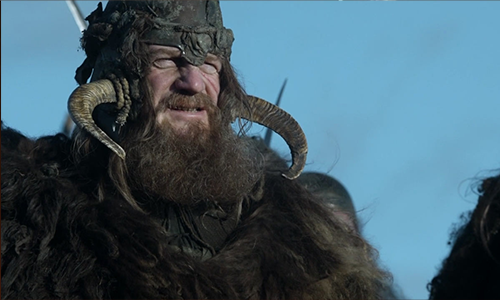 Why: I lobbied for days and months and weeks to get this decision overturned but to no avail.  I genuinely think Pyat Pree would best the pee-brained Shagga.  But my counterparts insisted otherwise.  Probably because of the Stonecrow’s skill in battle and the legendarily sharp blade of Shagga.

Why: Season three dragons ain’t shit.  And in fact the vote on this one was split 2/3 mostly because the champion of the Vale making quick work of three disorganized baby dragons is hardly an impossibility.  And with no dragons Dani is just a 16 year old girl.

Full Bracket Through Round One