I think the title speaks for itself.  Some rappers are just lucky, for many different reasons.  These are the ten rappers on whom fate smiled the most in the last year.

2 Chainz is lucky we tolerate his buffoonery and is even luckier we forgot about Titty Boy.  He’s also lucky that Kanye “Career-Maker” West decided to shine his light on him.

Not only did Lil Reese ride the coattails of the least talented rapper out to minimal fame, it turns out that beating the living shit out of a woman really doesn’t hurt your career at all, who knew? 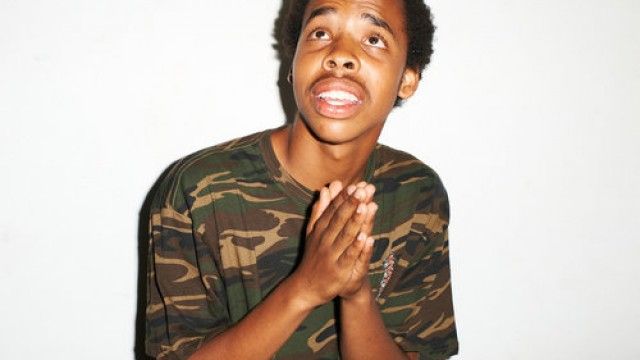 I like Earl, let’s not get that wrong. But Earl has been MIA for a decade in internet years.  Good thing for Earl though he has a fan base so loyal that they managed to keep his hype nearly exactly where it was when he was shipped off to the island.  Earl also owes his continued relevancy to Tyler the Creator, Frank Ocean, and all the other hard working members of Odd Future.

Do I even have to explain why Game managing to round up such hype around Jesus Piece was such a miracle?  If I do then you haven’t been listening to hip hop for any amount of time.

Did you know who Travi$ Scott was before his surprise appearance on G.O.O.D. Music’s Cruel Summer? If you did, kudos.  I did not and have still not decided whether Kanye was smart to sign him but there is no argument that appearing on one of the biggest albums of the year and then on one of the dopest singles of the summer (Pusha-T’s Blocka) is great for your career.

THIS guy is famous now.  Really?  Maybe it is because of his outstanding interviewing ability.  Other than that I can’t see why this guy has become a talking point on our blogs and a listening point on our radios.

It seems to me that one 2 Chainz would be enough.  I would be wrong though and therefore we welcome Future bringer of such excellence as Same Damn Time.  Future is mostly just lucky that I haven’t found a way to destroy shit music yet but I’m in the lab everyday guys don’t worry.

Buddy is a lot like Travi$ Scott a young kid signed by a big name and in both cases their signing pretty much jump started their career.  Buddy has some talent but clearly Pharrell sees more than me because I wouldn’t have signed him for a few more years.  I would have waited especially in a hip hop climate like this where younger and younger rappers are becoming more and more talented.  I like Buddy he’s got charm which is why I’m worried that he’s going to get lost in the Joeys and the Dyme-A-Duzins and even the Earls.  He is however very lucky that, unlike all the other young guns, he has the incomparable Pharrell on his team.

Well he’s back… good for him.  I can honestly say I never thought I’d see the return of Omarion.